At the moment the only way to enter any of our competitions is to email your answer to: win@rivertribe.co.uk. 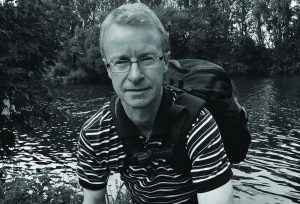 Travel Writer Tom Chesshyre’s new book ‘From Source to Sea’ tells us how the original River Tribe worked and played on our stretch of the Thames.

The pleasantly meandering stretch of the Thames from Teddington to Barnes is a name-dropping dream. Did you know that Charles Dickens used go for 6am swims by Richmond Bridge on his summer holidays? Or that the Rolling Stones, David Bowie, Pink Floyd and Eric Clapton played early gigs on Eel Pie Island in Twickenham? Or that Lord Tennyson, Alexander Pope, Henry Fielding and JMW Turner lived in these parts?

Teddington was known to Rudyard Kipling, who dubbed the suburb “Tide-end-town” (on account of being the location of the river’s first proper lock). The poet Thomas Gray loved it round here: “I do not know a more laughing scene than about Richmond and Twickenham”. Queen Elizabeth I often stayed at the old palace in Richmond (where she died in 1603).

Thomas Gainsborough is buried in Kew. George III learnt he was to become king shortly after crossing Kew Bridge.

Mortlake was home to Elizabeth I’s mysterious adviser, the mathematician and magician John Dee (said to have had the world’s largest private library). Gustav Holst lived on the Terrace in Barnes, as did Ebenezer Cobb Morley, a key figure in the development of modern football.

This is just scratching the surface. Every hundred yards or so seems to throw up a name – or an historical event. And this is just on our stretch of England’s longest river. I say “our” as I live in Mortlake (on a road that happens to be named after Abraham Cowley, a 17th-century poet who once wrote that “all the liquid world was one extended Thames”).

I love the River Thames and I have lived and worked by it my entire life. It was this affection, combined with a fascination with the tales that seem to lurk by its shores, plus a chance encounter, that led to my new travel book From Source to Sea: Notes from a 215-mile Walk Along the River Thames in which I describe walking along England’s longest river from its source near Cirencester to the sea.

The chance encounter was serendipitous. It happened in East Sheen, in the community hall by the library to be precise. It was there, at a bric-a-brac sale, that I noticed a beautiful framed map of the Thames twisting and turning all the way from the Cotswolds to the east. It was a reproduction. The original, I learnt from the knowledgeable stall-holder, dated from 1834 and was by the mapmaker William Tombleson. I bought it. I requested three weeks off from work, reserved rooms at riverside pubs, and off I went.

It was an incredibly liberating experience – and the stories, histories and names soon came thick and fast. Winston Churchill once said that the Thames offers “a golden thread of our nation’s history”. Well, in just “our” small part that’s true . . . go the whole way and you’re in for a treatWin a copy of ‘FROM SOURCE TO SEA’

Over how many miles did Tom take notes for his book?

Tom Chesshyre is author of From Source to Sea: Notes from a 215-mile Walk Along the River Thames, published in paperback on June 14 (Summersdale, £9.99) 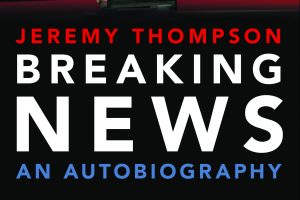 We have a signed copy of Jeremy’s book

‘Breaking News’ to give away to one lucky reader who answers this simple question:

AT WHICH CHANNEL DID JEREMY THOMPSON BECOME KNOWN AS THE VOICE OF BREAKING NEWS? 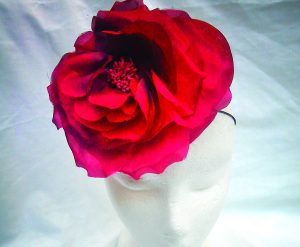 Win a stunning, original hat to wear at Ascot as the season gets under starter’s orders.

Anne Gretton is a local milliner/designer. She was tutored by one of the Royal Milliners to the Queen and Royal family. Anne designs and produces collections for the Autumn/Winter and Spring/Summer Seasons. Every piece is an original in her range which includes tailored cocktail hats, contemporary and classic headpieces, classic big brims and disc shapes.

Ready to wear and bespoke hats are both available.  Anne’s designs have been worn by celebrities and dignitaries at Royal Ascot, Goodwood, Buckingham Palace, Weddings and at Downtown Abbey parties at Highclere Castle.

To win one of Anne’s stunning hats, just answer the following simple question:

Who was the star of the film, My Fair Lady? 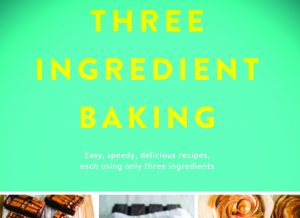 This great new book is full of unusual and easy recipes, including some savouries. Three Ingredient Baking by Sarah Rainey has just been published by Michael Joseph and is £12.99 for a large, smart ‘coffee table’ paperback. It has some fab baking ideas for school fairs and charity fundraising summer events.

We have a copy to offer one lucky RiverTribe reader.

Email your name and the word ‘Baking’ to: win@rivertribe.co.uk