TSARINA: A review by Linda Duberley

Richmond Writer Ellen Alpsten has written a block-buster novel about Catherine, the first Empress of Russia. It is the epic tale of how a peasant girl born into an impoverished family on the inhospitable edge of a vast country rose to be the wife of Peter the Great and the first woman to rule her nation.

I first met Alspten, in early Spring Paul in Richmond. It was a cold, dreary evening. I had to break out of a meeting of Be Richmond in Duke Street and arrived distracted, under pressure and keen to head home.

But within minutes the reason why her book is likely to be a best-seller became obvious. She is as passionate and committed to her subject, Catherine Alexeyevna, the first Empress of Russia, as some of the other great writers of historical fiction. To say she regards Catherine as one of the most impressive and yet least known figures from Russian history would be an understatement. To Alpsten, Catherine is as familiar to her as a long-term companion.

This is without a doubt a gripping saga which outlines a woman of extraordinary intelligence who nevertheless dies illiterate, a woman who survives terrible brutality but who charms the greatest man in Russia. Here is a woman who gives birth to twelve children, goes to war, and still makes significant changes to her country’s fortunes. It is a hefty tome of more than five hundred pages but I devoured it in less than a week. This is story-telling at its finest. As Daisy Goodwin, the creator of the ITV series, Victoria, says it makes Game of Thrones look like a nursery rhyme.

As the VIP guest at the RiverTribe Lunch for Influential Women at the Harbour Hotel in Richmond in early Spring, Ellen gave everyone a sense of the impact her book may have but that was just a hint. No-one is going to be short-changed with the sheer pace and breath-taking narrative of this book. It is an immersive experience – almost addictive. It’s detail of life in early 18th century Russia is a tribute to Alpsten’s aptitude for historical research. The development of her central character is down to a compulsive drive to bring a forgotten heroine to life.

Catherine, or Marta to use her original peasant name, has a story even more compelling and remarkable than that of her husband, Peter the Great, the Tsar who transformed Russia and pulled it into the sophisticated world of Western Europe’s politics and life at court.

The story begins when he is on his death bed in 1725 in the majestic and awe-inspiring surroundings of the Winter Pace at St Petersburg. Catherine is on the brink of disinheritance – the question of whether she can rule as regent or is sent, shorn of her hair and stripped of her court dress and jewels, hangs in the balance. His pen is literally on the page of writing the document when it drifts from his hand.

The story of how she climbed so high is one of the best – so far largely untold – stories of Russian history. It is also testament to a woman’s courage and resilience which can still hold good today. Certainly, no woman reading this book could go far wrong regarding her as a role model.

It would not surprise me to see this turn up on our TV screens. It is the first of Alspten’s books on this period in Russian history and is certainly not the last. After all this Catherine is grandmother-in-law to Catherine the Great….so there are plenty more tales of astonishing fortitude and strong women to come.

Alspten lives in Richmond with her husband Tobias and three sons. She is a winner of the Grande Ecole short story competition and worked as a producer and presenter at Bloomberg Television. She has written for Vogue, Standpoint and Conde Nast Traveller. 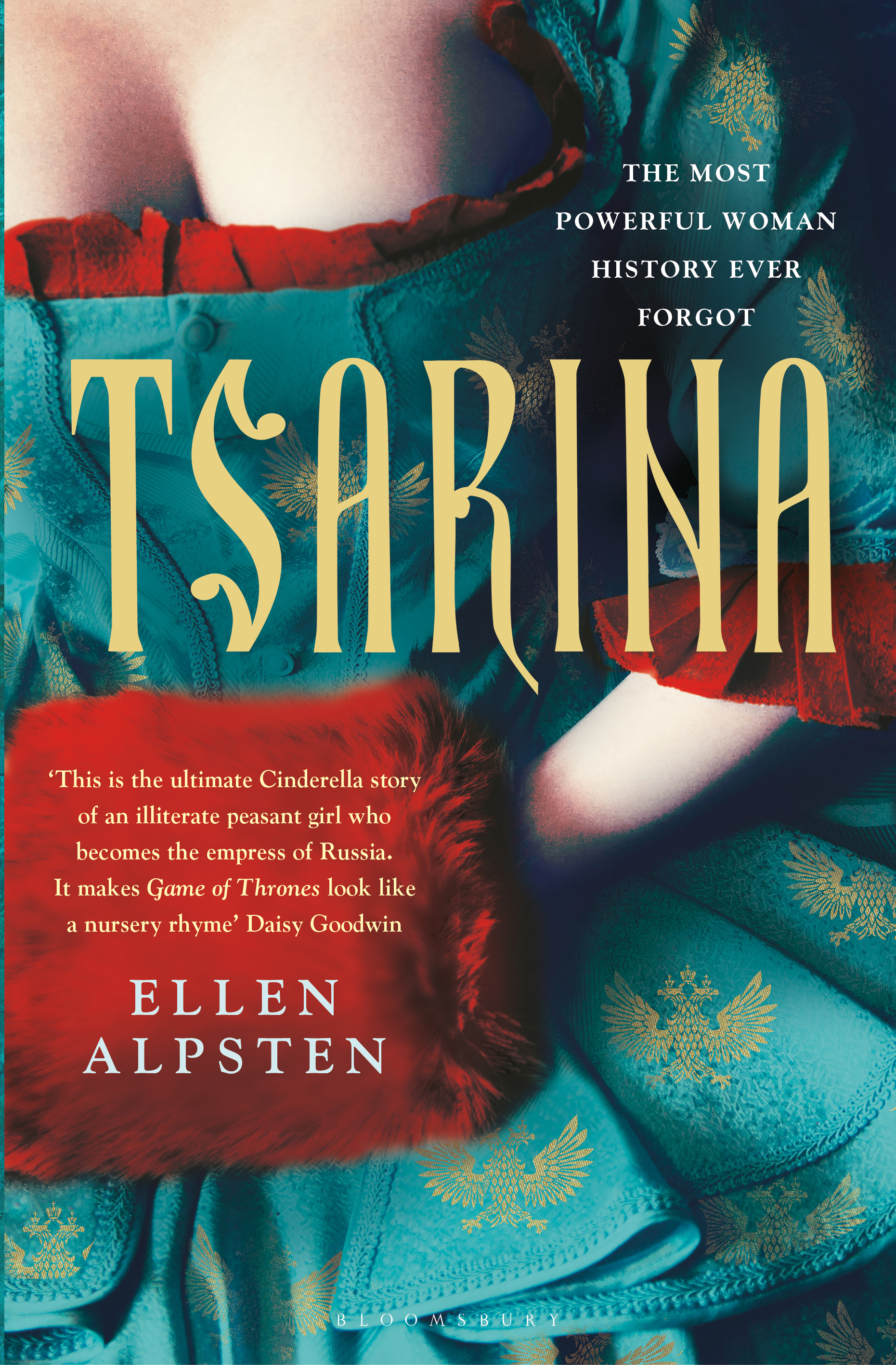